As any other person, who would read that article - I wanted to structure my minds. And the best way to do it - writing notes! Somebody prefers to use a simple notebook with paper and a pen, but I am a software developer and most of my time I spend near my notebook/PC/mobile-phone, also I am not so good in writing by hand. 😃

I use notes several years in a row, and I tried different applications to simplify the process. So I want to share my experience about note taking applications and offer some recommendations if you are looking for the best app for your needs.

And I want to warn you that it is my subjective opinion, and all thoughts are based on my personal needs.

Here I want to describe criteria which I choose to define the best note-taking application.

There are a big amount of people who like Google Keep, but when I started to use it I found that interface is not so friendly and structured as I expected. It feels a bit chaotic for me. I disliked that panels where font size depends on the amount you wrote on the card. 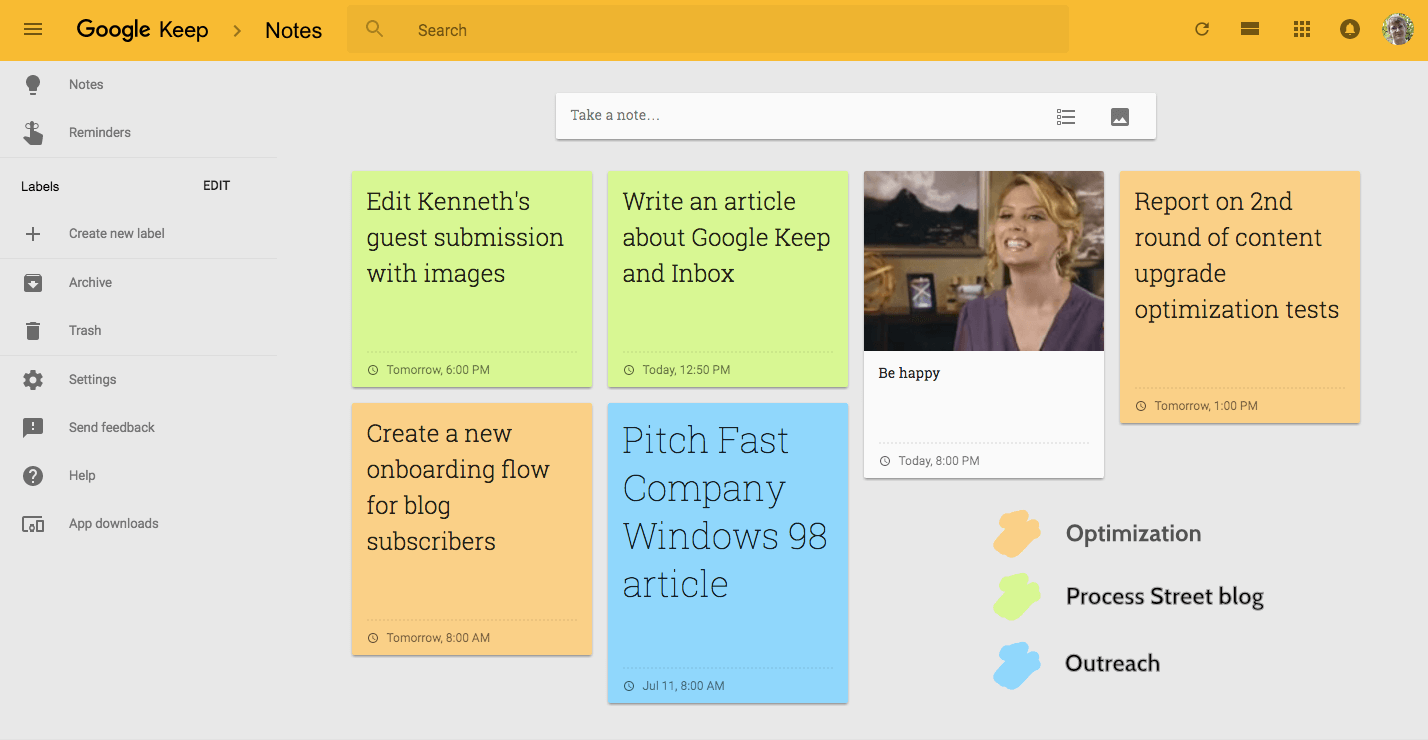 Dropbox Paper is new enough and there was a time when it became too popular in one moment. I want to note that it has the GREAT editor, writing in Dropbox Paper is something I really like, for me, this was the best writing app.

Until I found that navigation between files really awful. It is unable to move to file B while you are editing file A.

Also home page.. - it shows the advertisement for me to connect a Slack (but I do not have any Slack connection on my personal email). I dismissed it but in time - I get the ad back again. And home page shows only Recent viewed files, but wait I have a structured data and I am not wondering about "the latest one". So to open a file in some directory I need to make 3 or 4 clicks and wait for page reloading for several times.

But still - the editor is good.

Microsoft has a good alternative to most note-taking apps. One Note has a big amount of hotkeys. And I used it for a long time, but it is good only on windows and mobile platforms. As most of the developers - I have Linux system on my work, and Web version of OneNote is too sloooow. So I cannot say that it is really cross-platform. But if you use only Windows as your main platform - One Note is a good app to use. 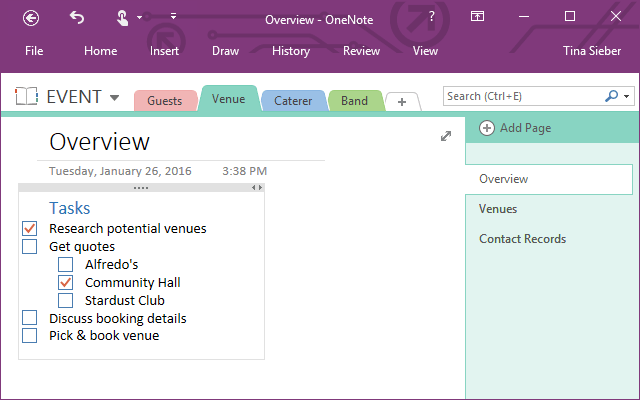 P.S.: I like that OneNote UI is organized as a simple notebook with colored bookmarks.

Evernote is too complex, and too many features that I do not need also it needs money to support more than 2 devices. If payment is not a problem.. I still do not need next features in the Note-taking app: 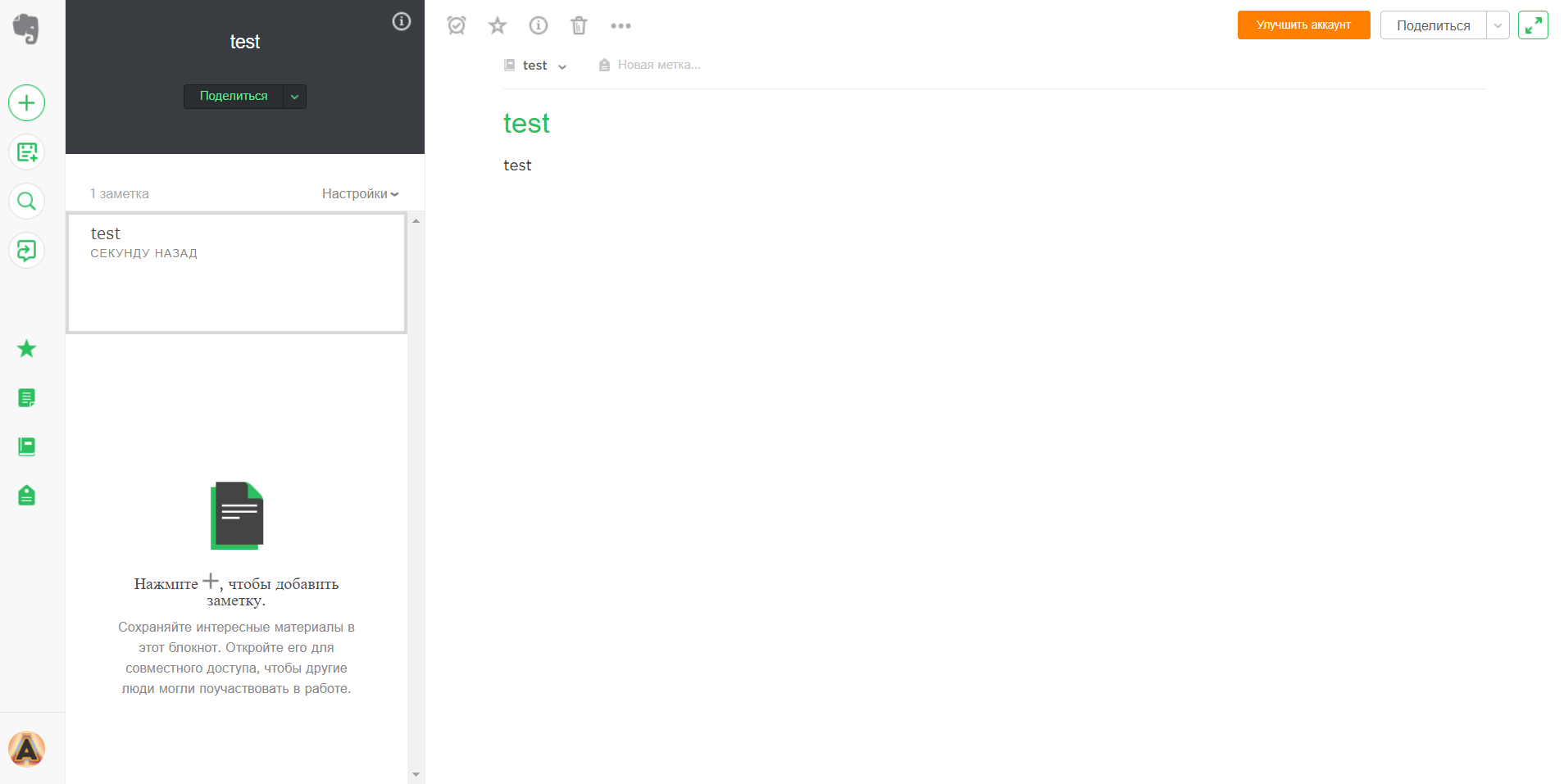 For a long time, I was a big fan of SimpleNote. It is a good application for taking notes, which supports markdown and great offline access. But time changes and I got new requirements to group some notes, keep images and tables. And here I found that SimpleNote has next issues: 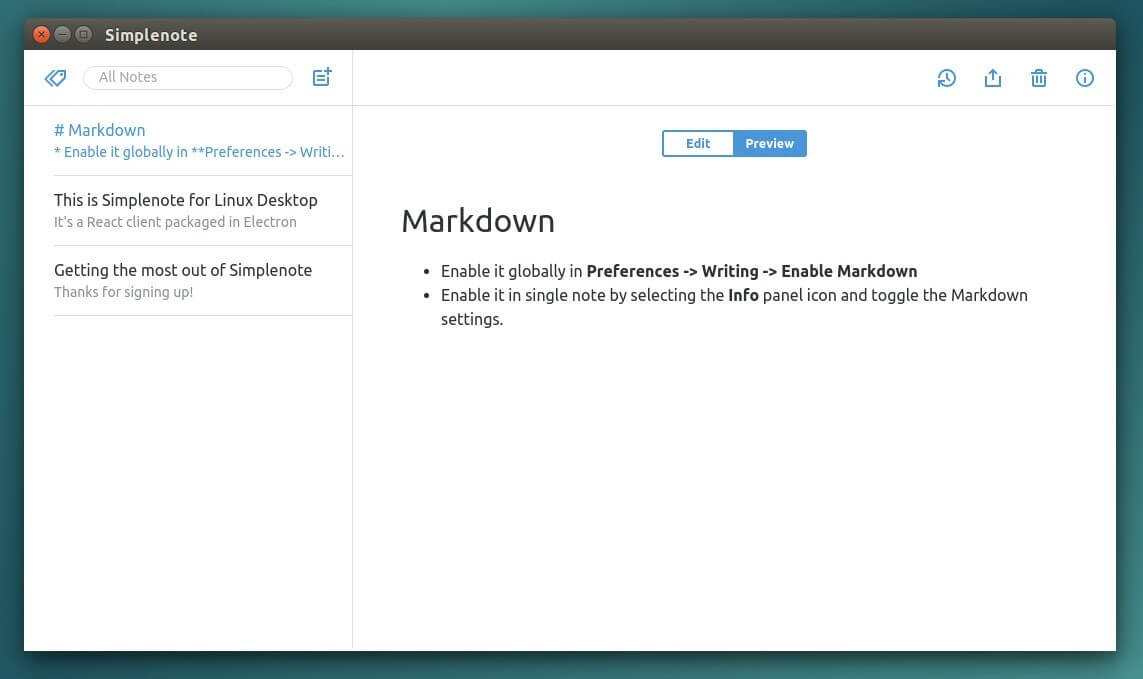 Turtl is nice and minimal application, but I do not know.. UI and UX a bit awkward for me, also I do not like panels. And I did not find application user-friendly when you have 20 notes in one group. It has same problems as Google Keep. 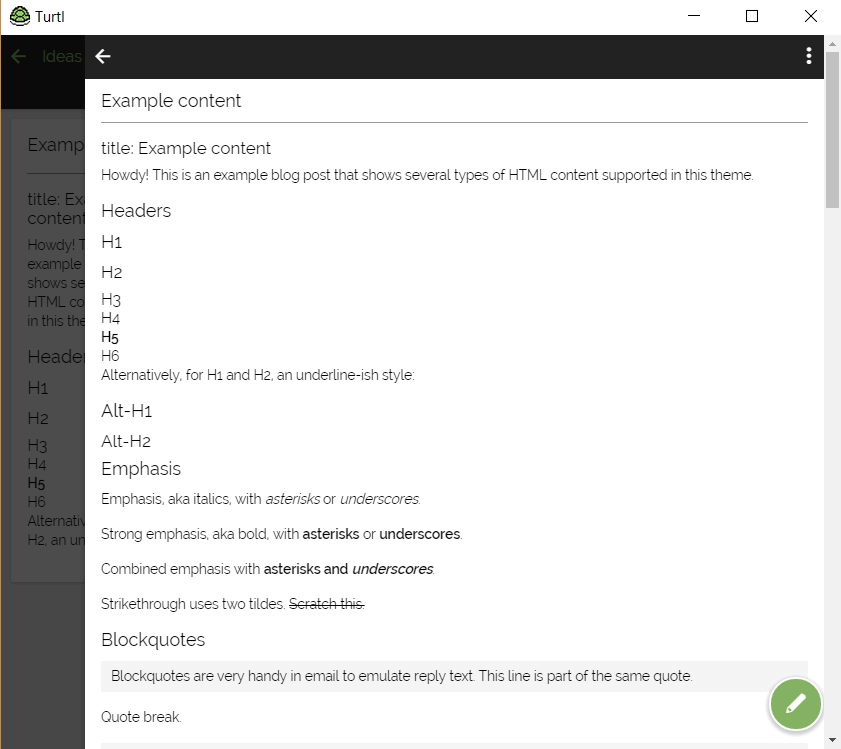 Oh.. there was a moment when Standard Notes made a wow-effect. First of all - it is built by one person. That man is an example to follow. Second - it has good UX + UI and it is open-sourced. But it requires a big amount of money for such primitive feature as markdown. And I am not sure that it will work as I expect.

And from my side - my drafts has several tags and group notes by tags are not something I need. 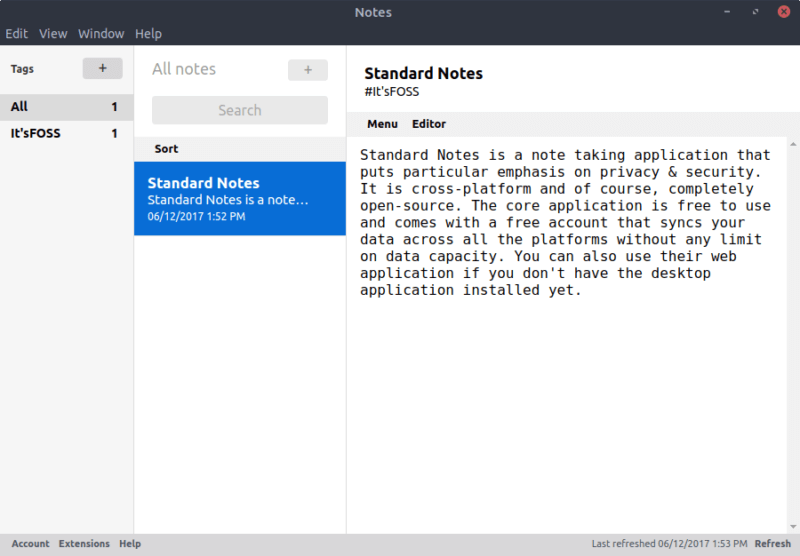 I gave several chances to Laverna, but every time I tried it - I had some problems with connection, login via Dropbox and so on, so web version is good, but desktop did not work for me. 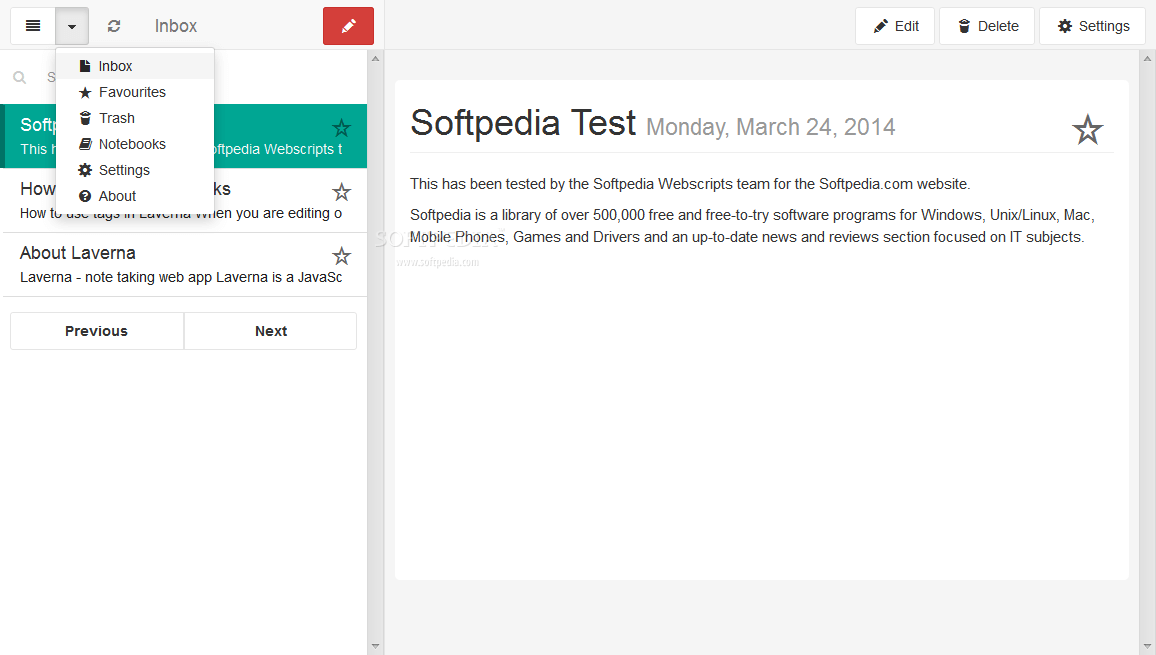 When I reviewed a big amount of popular note-taking applications - I found that all of them have some issues. And I started to look at some applications which allows you to keep your notes on your personal storage(Dropbox, GDrive, custom server), and mobile devices will just connect to that storage, download, update the data and upload it back. At least on a desktop, you can use any editor you want.

I tried a big amount of them, I even paid money for some mobile applications, but they failed, all of those: 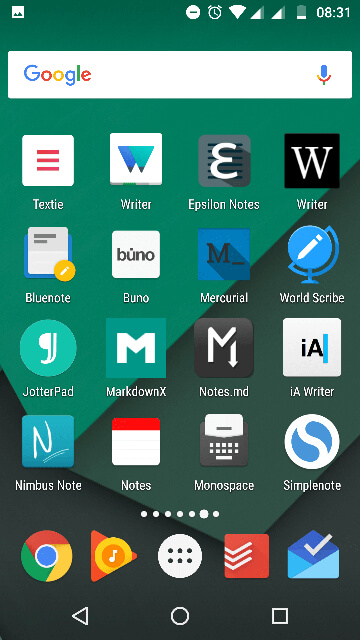 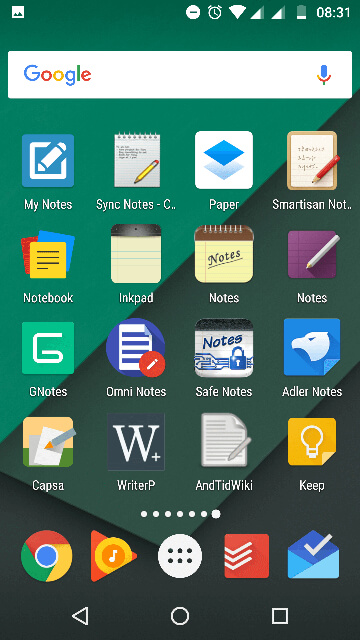 And even more, but I do not want to spam with screenshots. 😃

Some of them are useless, some are buggy, offline only, etc. So this is a fail.

There was a moment when I decided to create my personal app to take notes, but in time I started to work on several projects at the same time, so that project is frozen. But it did the basic part I need.

And the last, but not least, application. I found Boostnote a few weeks ago and.. it totally fits my vision of the best note-taking application!!! It does not track any private data. You can choose any data storage you want. It has pretty design, and the repository is alive, every new version is better than previous one. Also, you can fork it or contribute to OpenSource. But also it has some issues. Mobile app(at least Android version) is useless, but as soon as it is open-source - anyone can contribute or create his own vision of mobile app to make it better. 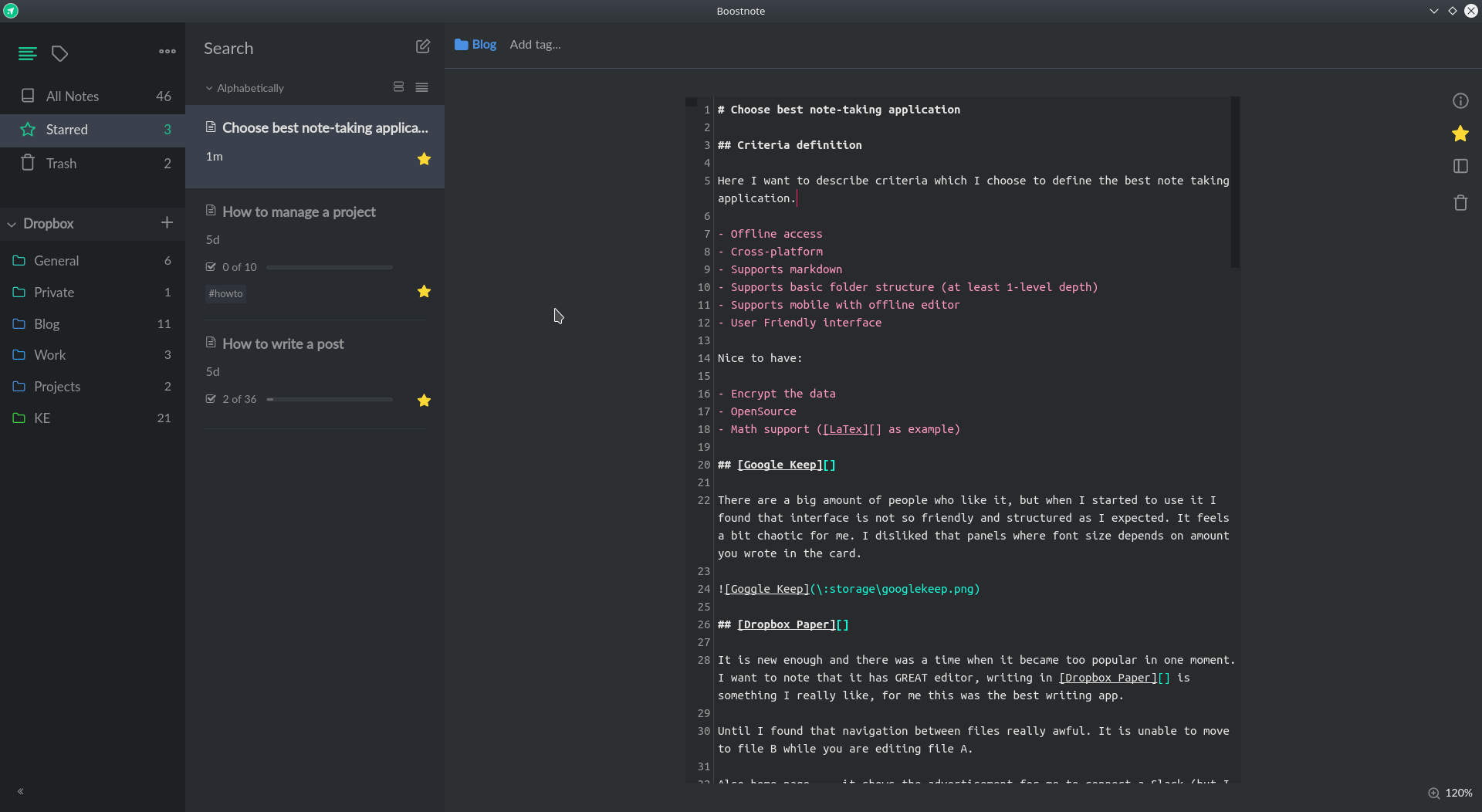 Make a choice based on your personal requirements!

I found that most note-taking applications in time decided to change their vision from "make for people" to "make for teams and companies". And it makes me sad. Everything is moving from B2C to B2B and it may be good for business, but not always good for end users.

If you do not agree with my vision, but still looking for the best app for your needs, here is a list of links with good descriptions, criteria, and votes which helped me to write that article.

And do not forget to tell in comments: What note-taking app are you using?

Here is a list of other apps which are not listed in that article, but they may be interesting for you.

Currently, I am using Boostnote, it is not the best, but at least it is better than most of the apps. But also a good point to think about - is to use iaWriter with simple desktop Dropbox sync and custom text editor.

For Apple(iOS and Mac) users here is another list:

Non typical way to organize and keep your notes:

Another finding is next application:

Joplin - Has terminal client - but I did not test it!

Also, most from DevTo community using GIT to keep and sync up personal notes. Here is a short description how to do it:

That approach is interesting enough and can be a good choice for developers!

← What makes it a good product How to manage Technical Debt →

Write me a message